1. Look across the whole glorious landscape of human wisdom and knowledge.
2. Select from it those parts of it that can be chopped up into 'subjects'.
3. Within these subjects, select those parts of it that you think you can call 'core' or 'essential'.
4. Order teachers to teach the 'subjects'.
5. Tell examiners to test the subjects in ways that will show that human beings, when measured in terms of their ability to answer questions on the test, are distributed on a graph in the same way every time:  that is, according to what's known as the 'bell curve'.
6.  Reward examiners for devising tests which do indeed produce the bell curve.
7. Get people to say that the bell curve is 'natural' or that this shows something important about what defines us as human beings.
8. Ignore the fact that you have chopped up knowledge in such a way (mostly in little bits which have right/wrong answers) so as to make it precisely the kind that can be measured in this way.
9. Ignore the fact that there are people in the real world, outside of education, saying that - looking across the whole glorious landscape of human wisdom and knowledge -  there are many, many things, processes, events, ways of inventing, being and interacting that are not included in the self-serving circle of producing chopped-up knowledge for the bell curve, no matter how it is dignified with such names as 'core knowledge'.
10. Tell teachers to teach children to sit the tests.
11. Tell the public that it's naughty of teachers to teach children to sit the tests.
12. Take note of the fact that  children do indeed come out in the shape of a bell curve but don't make too much fuss about it in case people cotton on to the fact that the whole thing was set up to produce the bell curve in the first place.
13. Ensure that sufficient numbers of people running all this call this 'fair', 'sensible', 'reliable' and 'valid'.
14. Tell the population that this is 'rigorous' because children are learning the 'basics' now.
15.. Try to obscure from view that the tests have a secondary purpose in terms of forcing conversion of local authority schools to become academies, and academies to become...er....academies in an endless cycle of disruption, stress and pressure.
16. Say that education is getting better.

To be or not to be that is the exam question.

"To be or not to be that is the question."

Underline the correct insubordinate conjunction in the sentence above.

In one word say why the sentence above is correct.

What is the correct synonym of 'the'?

Why is the writer?

Explain in less than one word what is the correct answer to the question.

Is the writer experiencing an existential crisis?
Yes?
No?
Both?

Which of the following is true? (tick one box only)
a) to be
b) not to be
c) that is the question
d) or.

With close reference to the text, show why the sentence is effective.

Put the word 'to' into your own words.

Would the following line be an improvement?
'To be? Or not to be? Those are the questions.'

Who won the iambic pentameter in the last Olympics?

Because politicians and media accept the PISA paradigm: subject=test, it's impossible to argue about this methodology.

What counts as 'comprehension' are in fact scores in retrieval and inference and don't include 'feasible interpretation' = PISA thinking.

Example: Key Stage 2 SATs, test 'retrieval' and 'inference'. This does not include 'feasible interpretation' because there is only 1 answer.

We are so locked into the PISA paradigm that we now think a 'test' in a subject is the same as the subject!

All the non-testable aspects of a subject and of education are eliminated from PISA. It is only the testable that is being compared.

PISA says, 'Pupils in x country are better at subject y than pupils in z country.' It's not the 'subject'. It's the test in that subject.

Notice: all people who talk about the 'subjects' on PISA are really talking about 'the result of a test in that subject'. #verydifferent

Dear PISA, What is education for? A.Teacher.
Dear Teacher, 439. PISA

Once you're in the PISA mindset you can't get out of it. PISA is truth: truth is PISA. There is no other way of describing education.

oh no, PISA tables have gone down the table of tables. There are better tables! PISA doing cost benefit analysis of PISA to improve perf.

PISA, BBC Newsnight and what do we want education to be?

BBC Newsnight last night took the PISA tables as the new gospel. The tables show which pupils got a teaching that best taught to the PISA test. That's all. The PISA science test will only say a very limited amount about how 'good' someone is at 'science'. If we think science should include 'the ability to do experiments' say, we would need to know if the PISA science test included that. If it didn't include that, then it wasn't any good for testing that. So one country might be very good at 'experimental science' and may well have spent a lot of time on it but this won't necessarily show in the test.

As for the 'reading' test, again - we weren't told what was tested: reading out loud? (ie nothing to do with 'reading for meaning'?) 'comprehension'? (that usually only includes 'retrieval' and 'inference' and not 'interpretation') ...and so on.

These issues are fundamental to the question of what kind of education we want and for what purpose. In general terms, if the outcome of the PISA tables is that schools end up spending even more time teaching in a way that suits PISA tests, anything that is not testable gets squeezed out of the curriculum. You know, like stuff to do with ethics, say. Or inventing things. Or coming up with feasible alternatives. Or teamwork. Or compassion. Or planning... 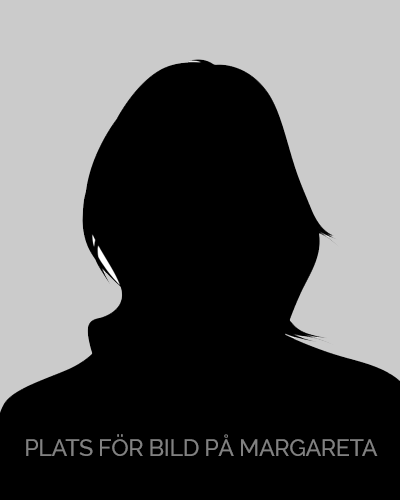